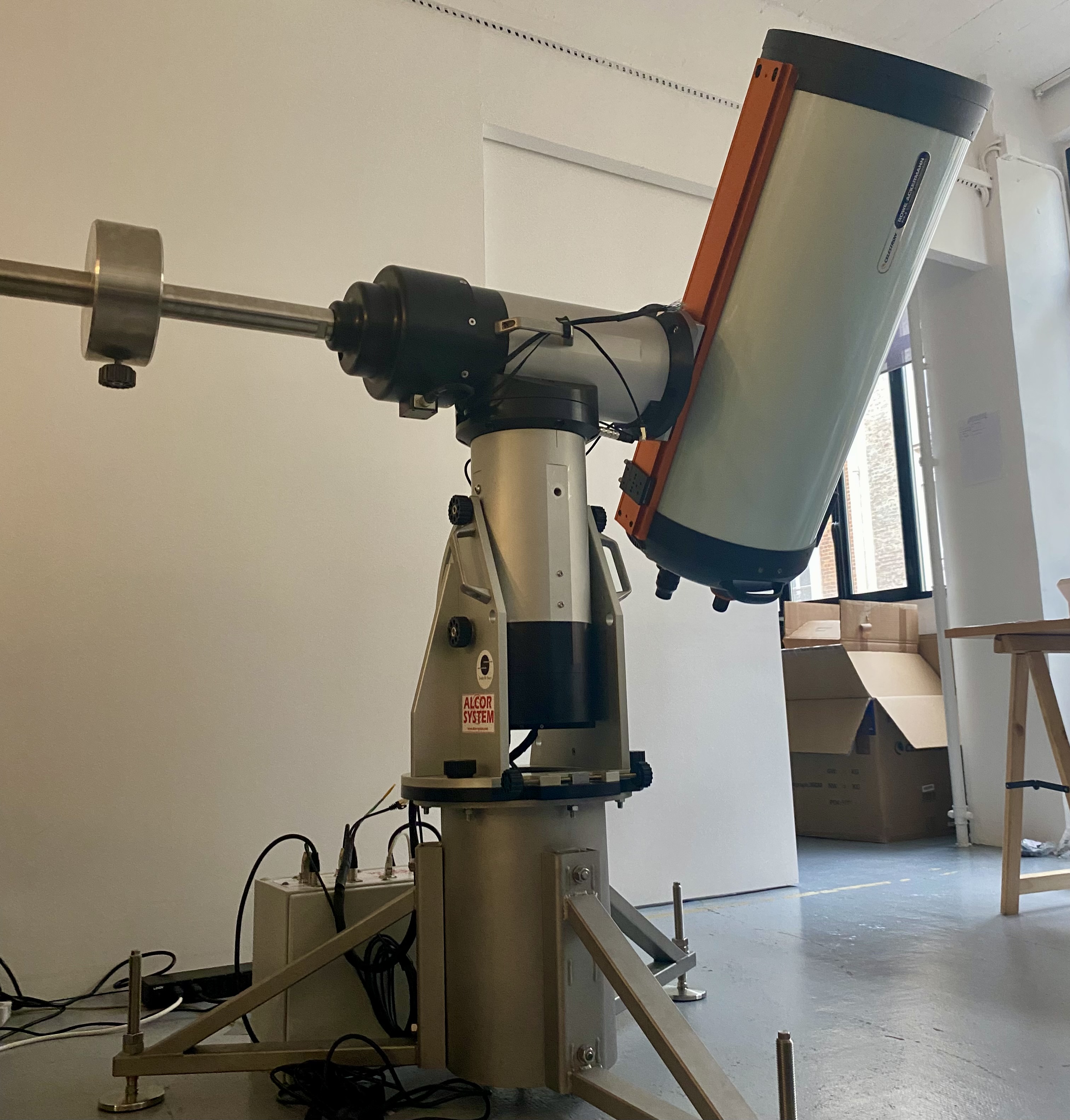 A few well-expected packages just arrived at Share My Space’s office: four 14” Rowe-Ackermann Schmidt Astrographs (RASA). As Share My Space is expanding its network of observation sites, it has chosen Celestron’s RASA 36cm.

Its 36 cm aperture makes it the largest RASA; it is the biggest and fastest optical instrument of its kind available off-the-shelf. Its combination of aperture, fast focal ratio, large image circle, and price makes it an ideal optical tube for Space Situational Awareness (SSA) applications.

Share My Space also selected Celestron’s technology because of its unprecedented field of view and optical performance. Unlike most telescopes, which only focus on visible light, RASA 36 cm detects brighter signals. What makes the patented RASA optical design a perfect fit is its Schmidt corrector lens, an innovative product of which Celestron is the world’s leading manufacturer.

We plan to configure all four RASAs into a Multi-Telescope Observation Station (MTOS), a patented concept designed and developed by Share My Space. The MTOS is a ground-based, 360° space surveillance system.

Share My Space’s infrastructure automatically adjusts to compensate for the Earth’s rotation and ambient light conditions; the four telescopes can focus on a targeted observation area. One MTOS can detect up to 10,000 space objects each night and in all orbits.

Our team is now assembling this multi-telescope to send to our next observation station in Morocco.