A French-German customer contract to protect the orbital environment 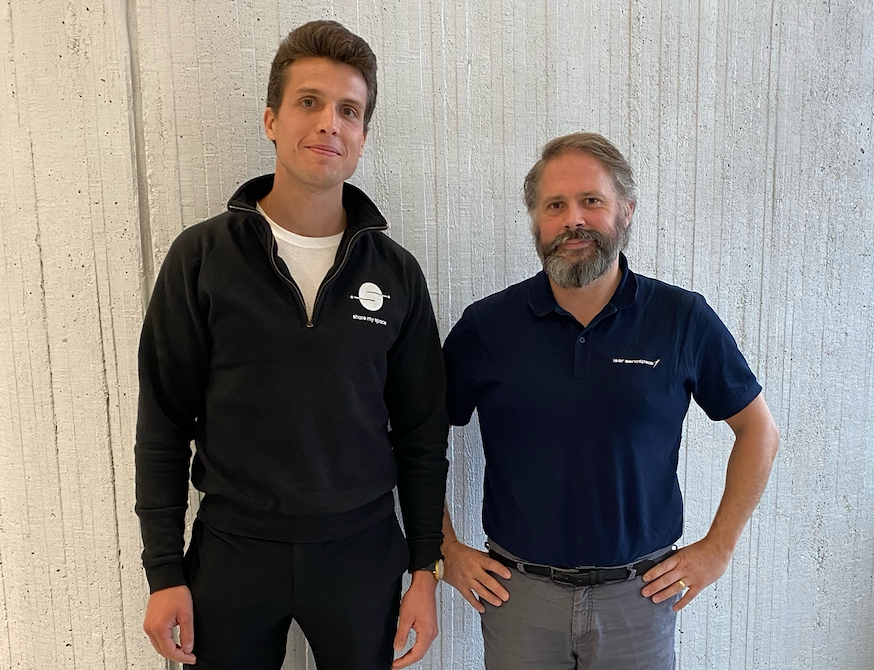 Share My Space, the French startup co-founded by Romain Lucken and Damien Giolito in 2017, won
a contract to provide real-time space traffic mapping for the first three flights of Isar Aerospace’s
launch vehicle Spectrum. Founded in 2018 as a spin-off from Technical University Munich in
Germany, Isar Aerospace is leading Europe‘s efforts in developing flexible and low cost launch
services for small and medium satellites. The company raised more than 150M Euro of private
investment, has grown to more than 300 employees and attracted both commercial and institutional
customers. It is working towards the first test flight of its launch vehicle Spectrum, planned in 2023.

‍
Isar Aerospace chose Share My Space over several American and European solutions because of the
maturity of the company’s solution. The contract follows Isar Aerospace’s announcement in July that
it has been selected by the French Space Agency CNES (Centre National d’Études Spatiales) to
operate its rockets at the Diamant site of CSG (Centre Spatial Guyanais) in French Guiana from 2024
onwards. By securing yet another launch site in Europe and adding CSG as an additional launch site,
Isar Aerospace will be able to increase the launch cadence for its clients and thereby ensure an
essential element for its future growth.

‍
“Isar Aerospace supports the development of a robust European space economy to remain globally
competitive and to attract talents and businesses from around the world. It was a logical choice for
us to choose a company that shares our values“, explains Alexandre Dalloneau, Vice President
Mission and Launch Operations at Isar Aerospace. “Share My Space has its own optical sensors,
which allows both for great flexibility and real autonomy. This solution gives us a significant
competitive advantage for our customers,” he adds.

‍
“We are fully committed to making sure that the space vehicles of our customers don’t collide with
known orbital objects, and with a minimal impact on the mission. This reassures all the stakeholders
about perceived risk, and avoids polluting space,” Romain Lucken, CEO of Share My Space,
comments.

‍
This partnership is an excellent example of how Germany and France cooperate on commercial
launch matters encouraging the procurement of services from European-based companies. The
French Space Agency CNES boosts the success of this partnership through multiple collaborations
with Share My Space, to support the technological and commercial development of the French
startup.

‍
“This French-German partnership is a fine example of the rising European newspace economy that
developed in the last few years, that is becoming mature, in particular with respect to Chinese and
American competition.” Gilles Rabin, Advisor to CNES President who knows both companies well,
states.